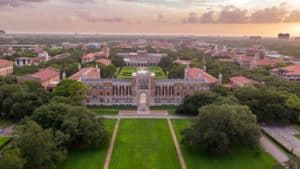 As I clicked the “Pay Now” button, I felt lighter.

Our backstory is not unlike a lot of other couples with children our age.  We spent our 20’s having children, our 30’s raising them, and our 40’s….well, that decade came way too quickly.  And we had not saved a dime for our FOUR (4) children’s higher education.  Not only that, but we would have 2 in college at the same time for 6 years in a row.  Yep. When our oldest became a senior in high school, I made a handwritten chart with columns…year, child’s name, estimated college tuition.  And I remember feeling a hopelessness as I looked at all those future years drafted on paper and the HUGE amount of money.  So. Many. Zeros.

There was no way around it now: we had to have a plan of attack.

Actually, we had to have a PLAN.  A budget.  Every month.  And this budget HAD to include savings for college.

Yes, it would take a large amount going into college savings (which for us was just a regular savings account).  But what other choice did we have?

We limped along for 3-1/2 years and were blessed with a few scholarships during that time.  Things were tight.  But then, came the overlapping years of having a Rice University student and an Aggie at the same time, followed by Rice University and University of Houston.  We would definitely need help!

A friend mentioned that she and her husband had starting going to a financial coach.  So we decided to give him a try.  After an hour-long initial meeting, we immediately sensed the value and hired him.

Mark Pickle proved to be an invaluable accountability partner who gave us tools to save better and wisely steward every dollar that came into our home.  We became debt free and built a fully-funded emergency fund while paying cash for two in college.  See Dave Ramsey’s 7 Baby Steps to building wealth.

So we have arrived here in 2019:  we gleefully paid our last tuition payment and are now paying extra on our mortgage.

If you ever have that feeling that maybe you should get a financial coach, go for it.  With our 100-day service guarantee, you cannot go wrong.